So if you aren’t aware, I am pregnant with IVF fraternal twins. I wanted this post to share my week by week experience of the first trimester. But unfortunately it’s not going to be, to say pregnancy is hard for me is an understatement, its extremely hard for me and the struggle is real, both physically and emotionally. Maybe the second trimester will be easier for me. (Fingers crossed.) 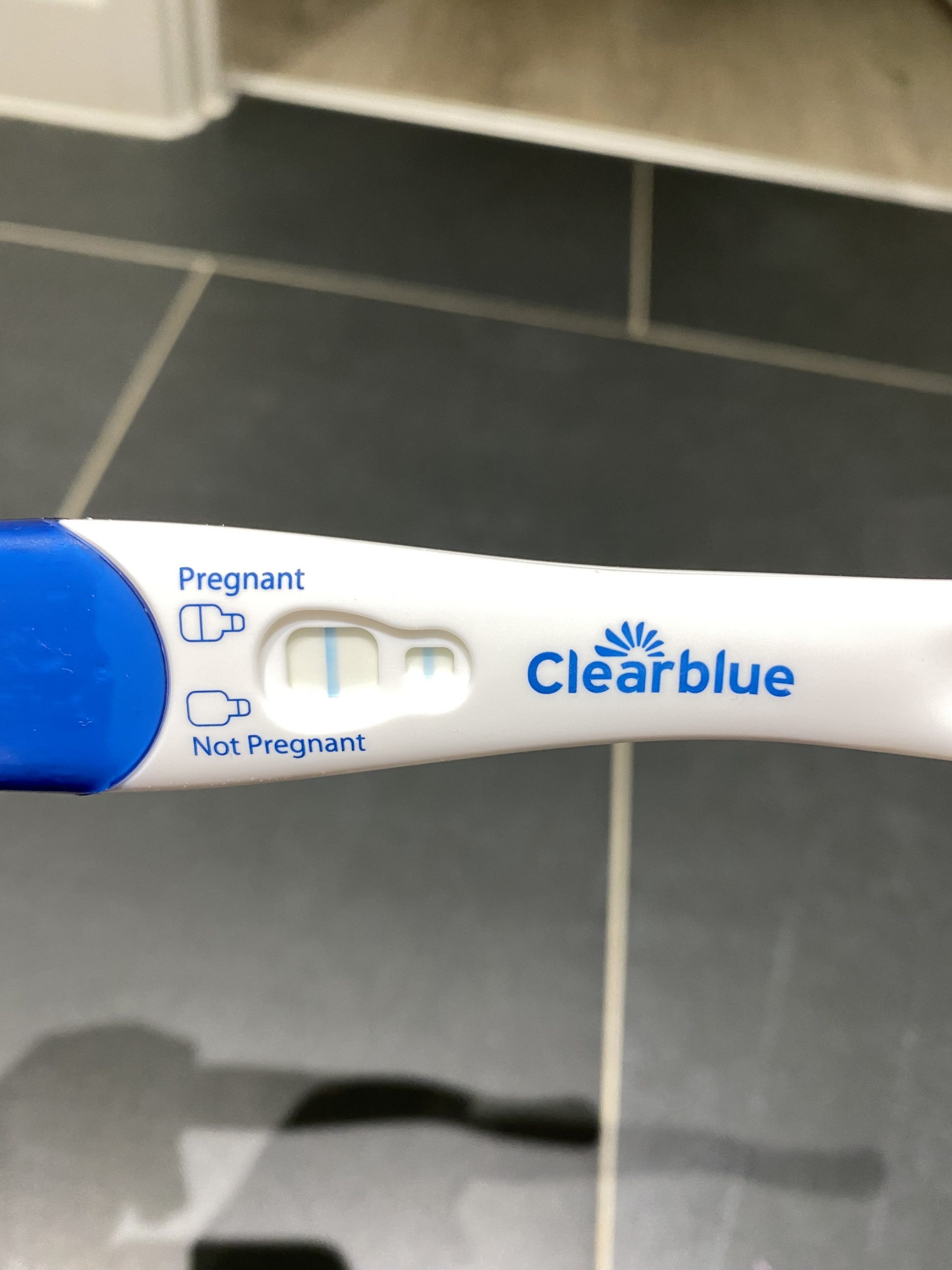 I had 2 embryos transferred back on the 2.2.22, a lucky number and year apparently. From then until 6 weeks roughly I was fine. My pregnancy test was the 14.2.22 and I got the strongest and bluest positive I have ever had. Though I was nervous of miss miscarrying again. I think when you lose a baby it’s hard to not think of the what ifs and if its going to happen again. Anxiety is something I use to suffer with anyway, so I was so anxious for no heartbeat again. 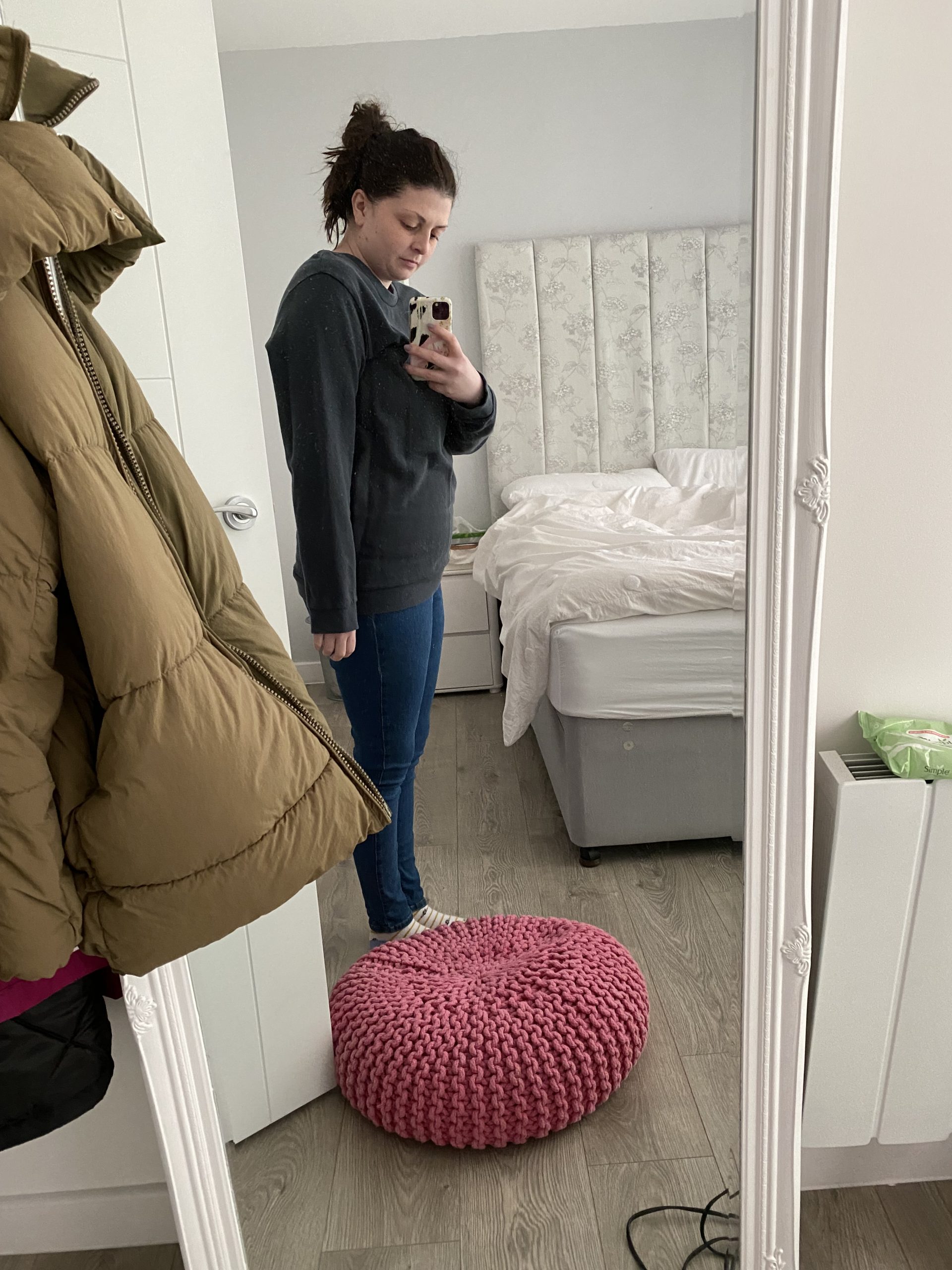 At 6 weeks morning sickness started and I am a person that hates being sick anyway but this is awful. I had my first scan that week and it was then, that I was confirmed to be pregnant with 2 babies and 2 strong heartbeats. I couldn’t believe it really and even though it was obvious with the morning sickness, in the back of my mind, I still had the thoughts of this isn’t going to be right. But it was and I cried with happiness. Its mad but I didn’t think I would end up with twins because the time before went from 2 to 1 to none. 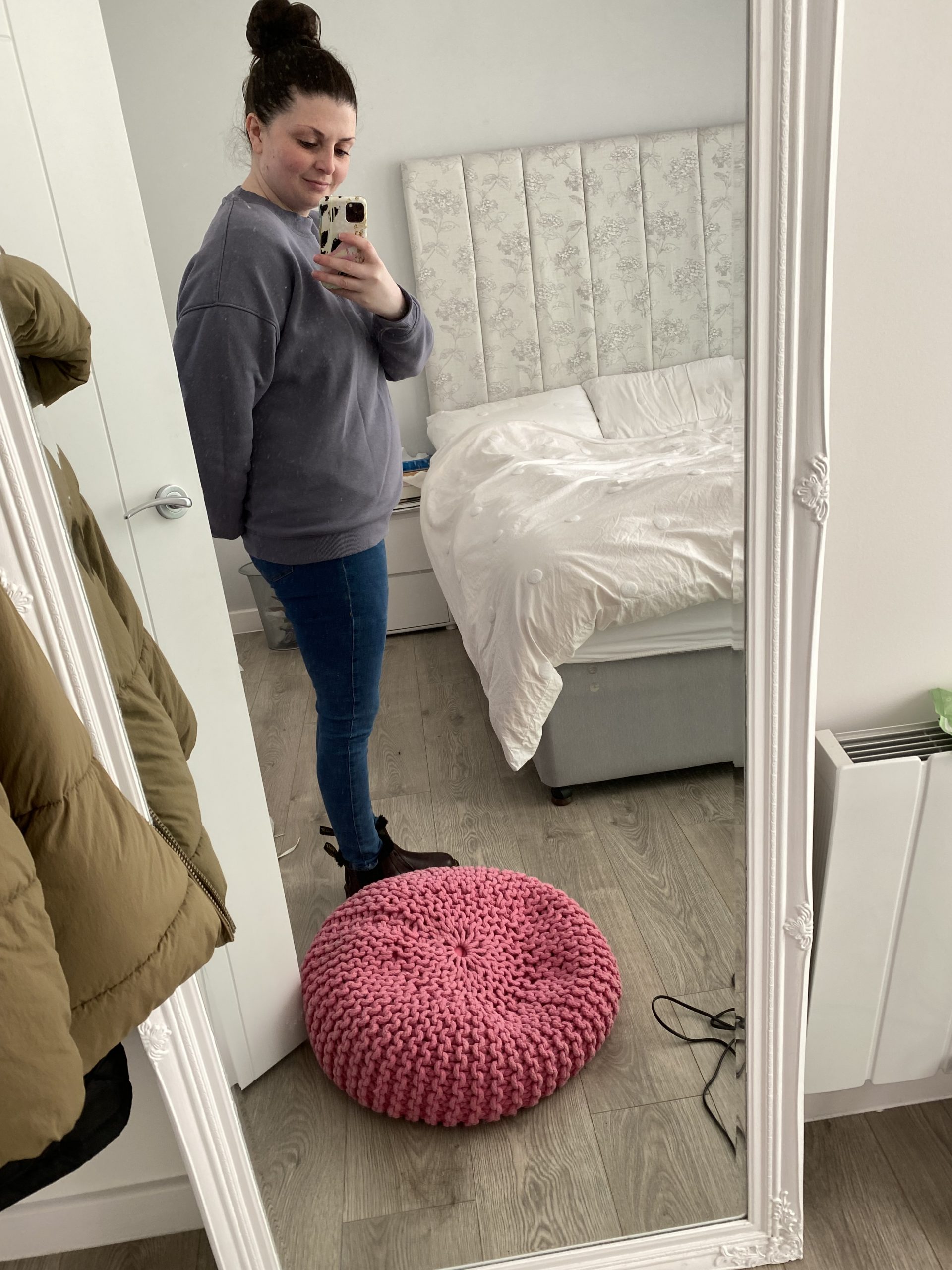 Week 7 I was still throwing up and it was getting worse by the day. But I just thought it was normal. I am the first to have twins in my family and at 7 weeks they were the only ones to know I was pregnant. I am fortunate to work from home, and I would work then run to be sick or even take the laptop with me to the bathroom to be sick. 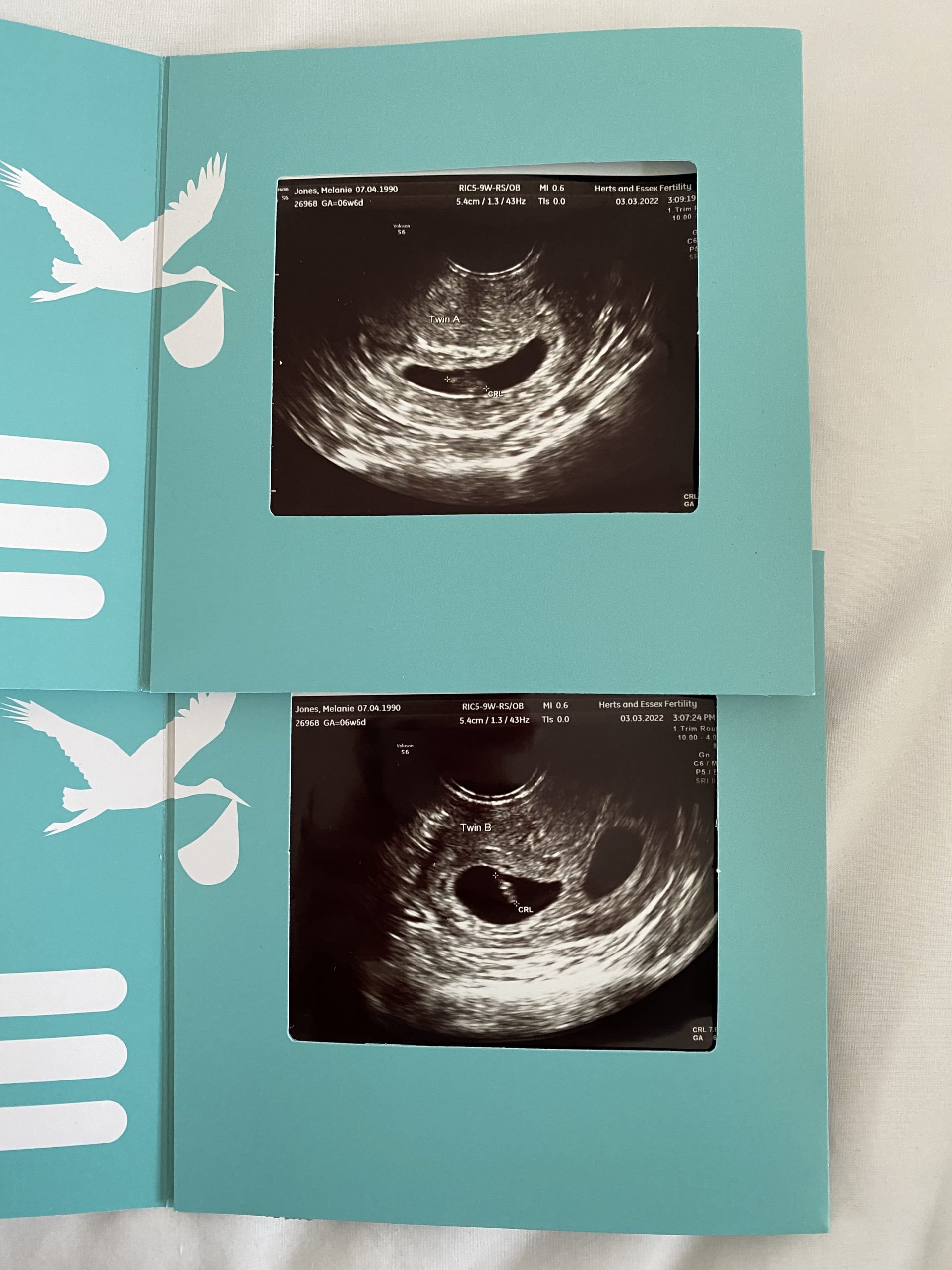 By week 8, I was rough and I couldn’t take it much more. So I booked in to see the doctor. I was then told to go to A&E because I was dehydrated. A&E were packed. It was only 3pm and the queue was horrendous, thankfully they rang the early pregnancy unit and I luckily went straight up there.  It was weird being back in there as the last time I was I had missed miscarried. But needless to say I was diagnosed with Hyperemesis, something my sister actually suffered with throughout both pregnancies with Abigail and Alfie. So I had an anti sickness injection and prescribed some medicine. I am also on a plain diet of bread, crackers, crisps and plain pasta. 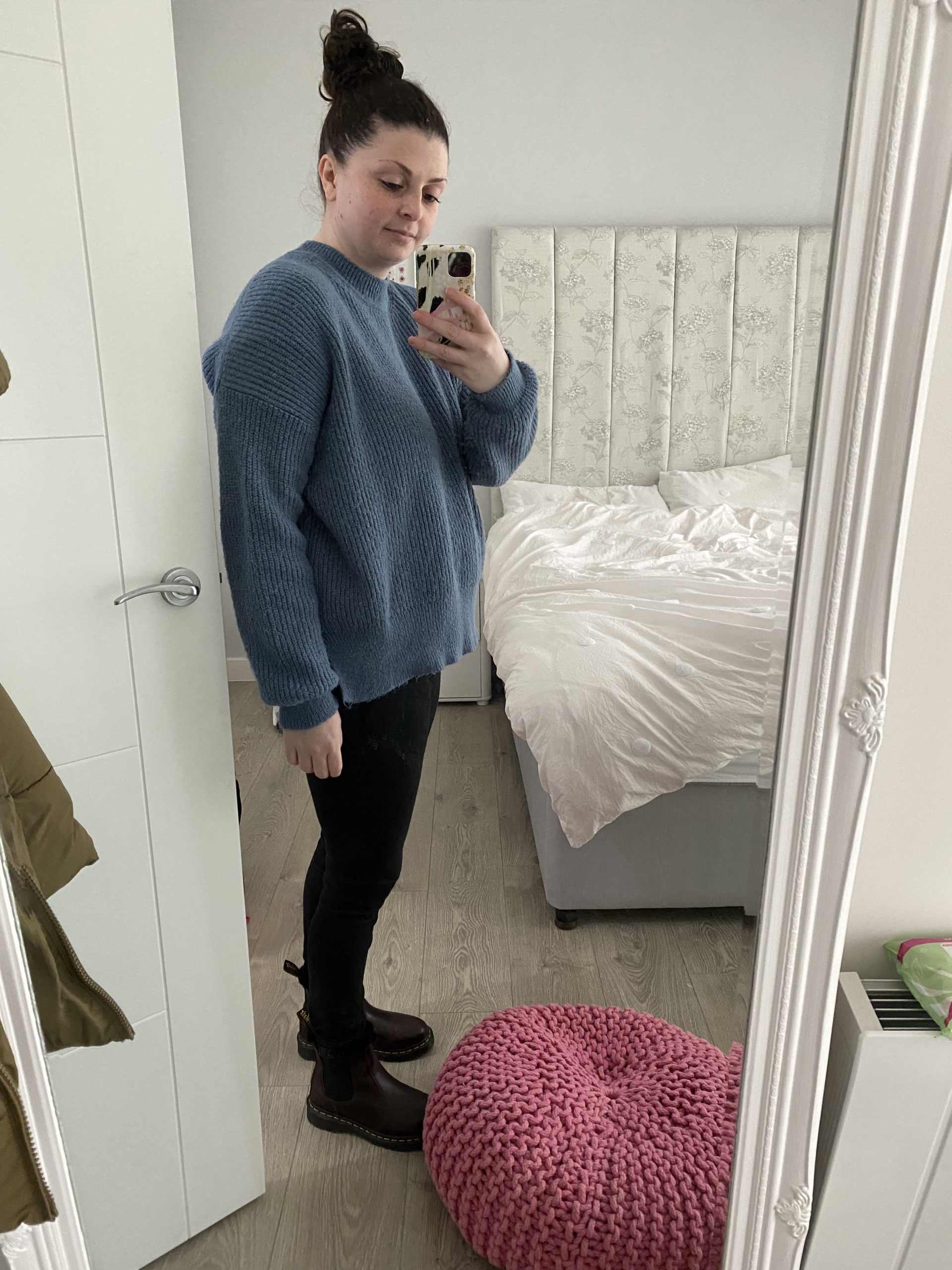 The thing is with hyperemesis, it’s not only the throwing up 4 times a day, it’s how it makes you feel. I feel rough 24/7. Yesterday was the first time in weeks that I felt ok and that was after being sick once in the morning. There probably hasn’t been many nights I’ve not cried and regretted wanting a baby. Don’t worry not all pregnancies are like this and I am just the unlucky one! It has put me off having another baby though and if they would survive now, I would have them now. 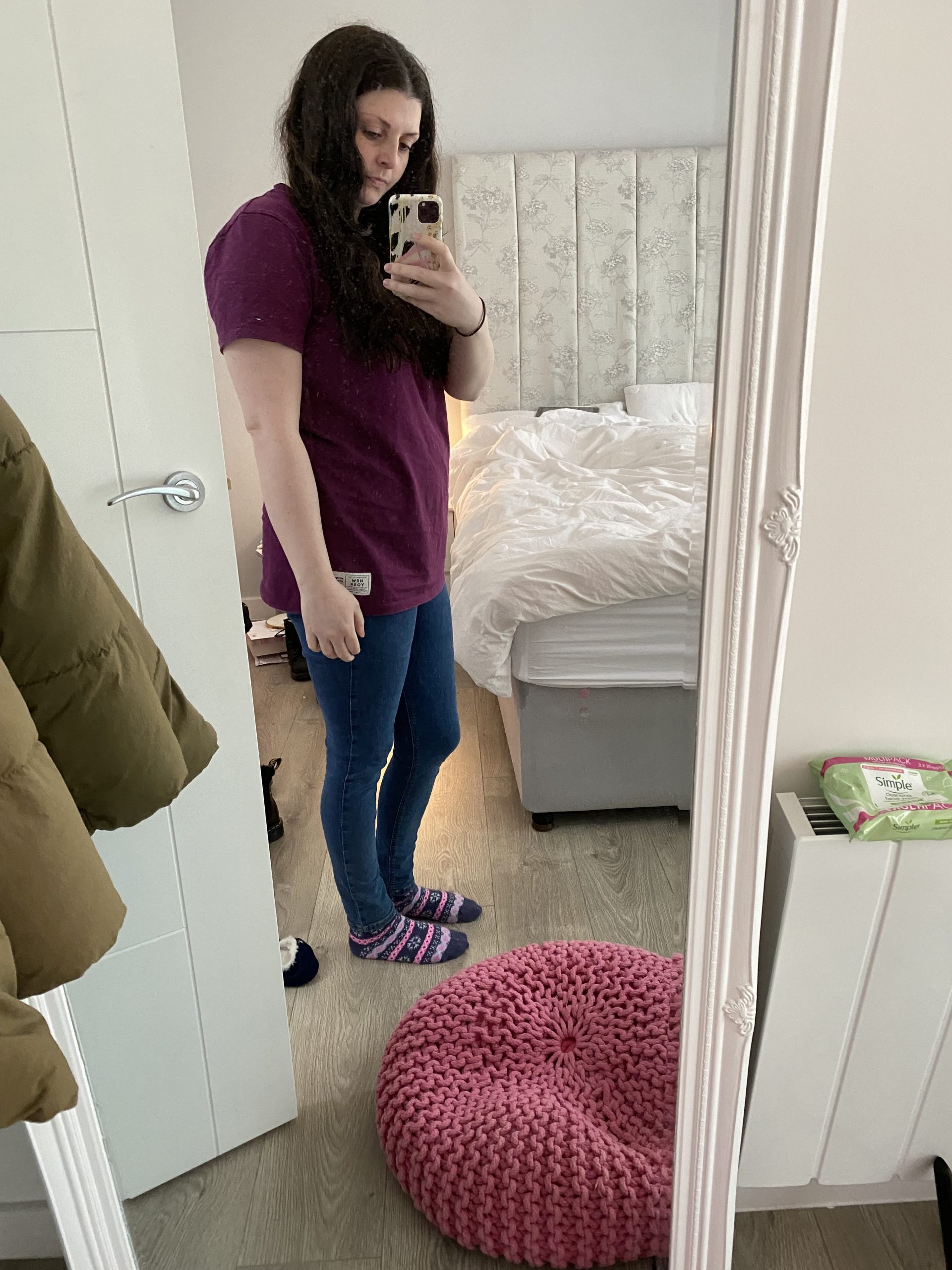 From then on for a while it was a weekly visit to the Early pregnancy unit and it was obvious I was pregnant. I mean how many times can you have a sick bug in 1 month? In the end I had to tell my manager and ask for it to be kept a secret because I could of gone EPU every day if I needed it. 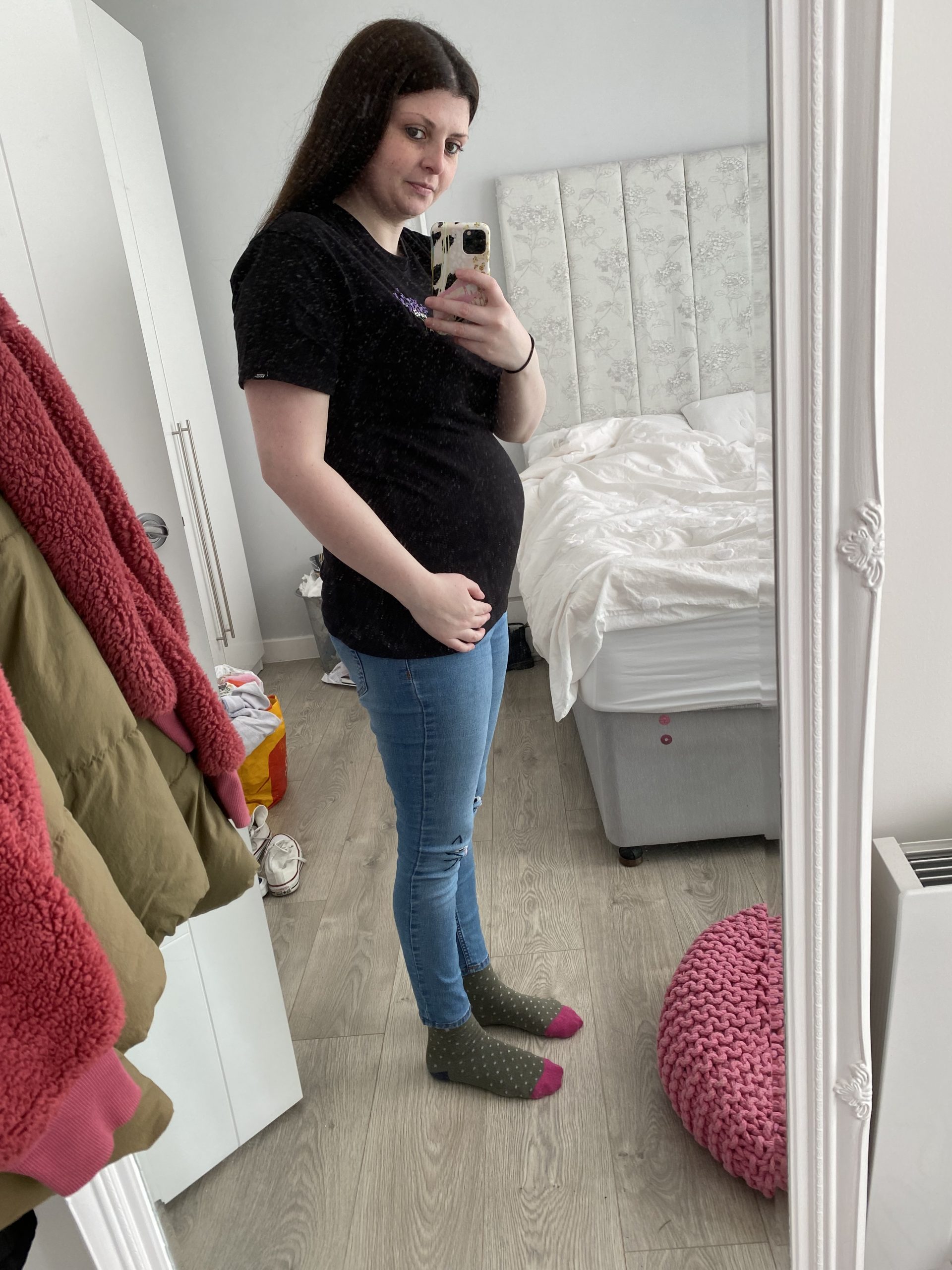 Around 10 weeks, I started to show as well and I wasn’t feeling better for taking the medication. So I decided that I would be better to suffer and not take the tablets. We did it as a trial to see and actually I haven’t looked back. I am still sick most days and I still feel awful but I go and stay at my parents at weekends and get the help I need if needed. Simple things like not having to cook dinner helps. Though smells are awful. 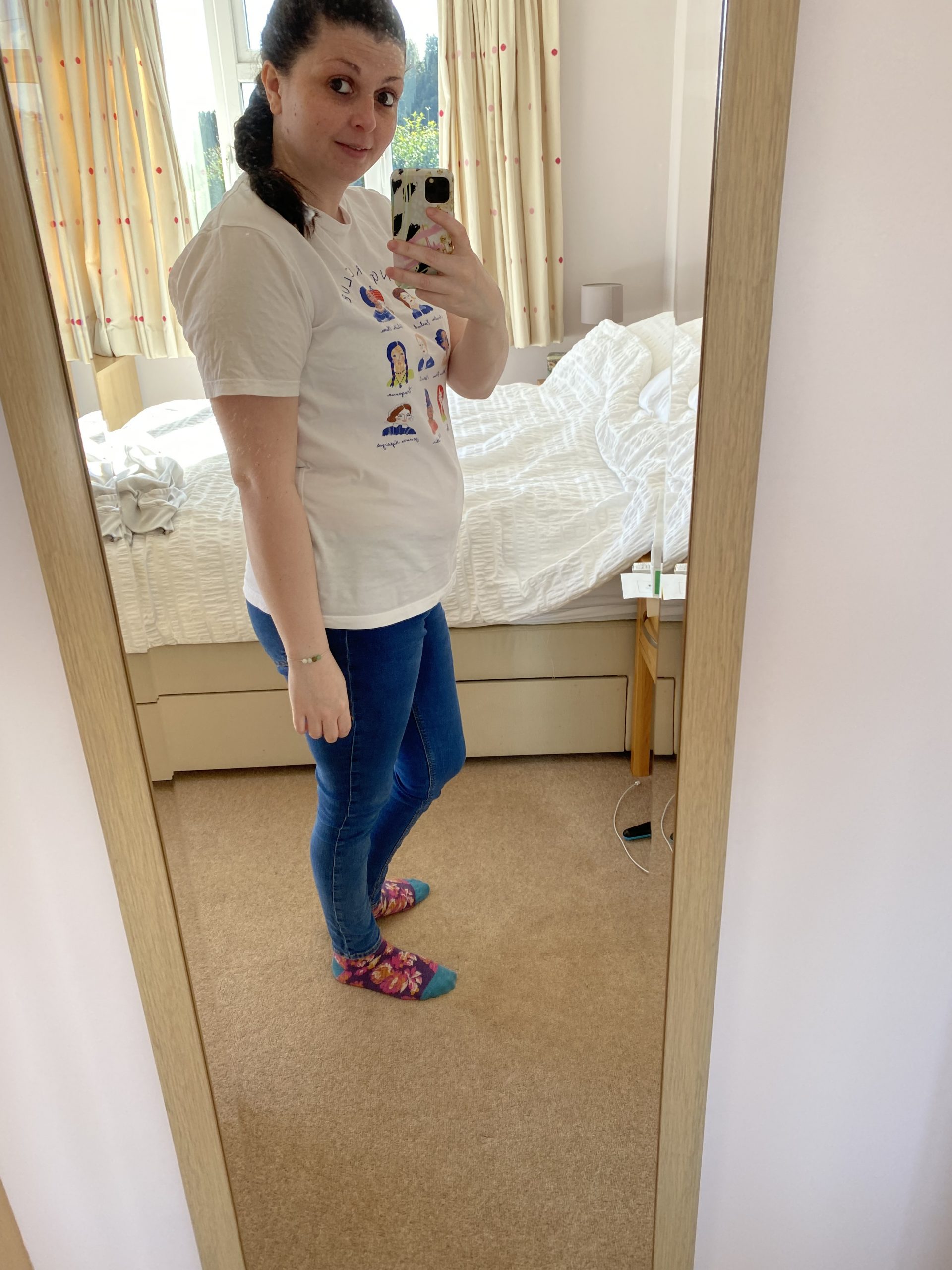 I live in a flat and omg you don’t want to if you are pregnant and anything like me. Not only is it smells from what I cook or whatever but the smells of others from the communal hall way or through the window. I was confined to my bedroom for 2 weeks because the smell of chicken soup, chilli con carne, tuna and cat litter was awful!!! Febreze just made me throw up more, so that was out the window as well. To go anywhere else, even get out the bath, I had to wear a mask. Its bad!!

The taste of minted lamb and gravy has been lingering for weeks as well and that is awful. I pretty much have become a vegetarian as even watching raw meat on the television makes my tummy turn. But still the fake meat and that is a no go. It just makes my tummy go. I am getting bigger by the hour and the babies are measuring actually a day a head, so can’t be doing much wrong. 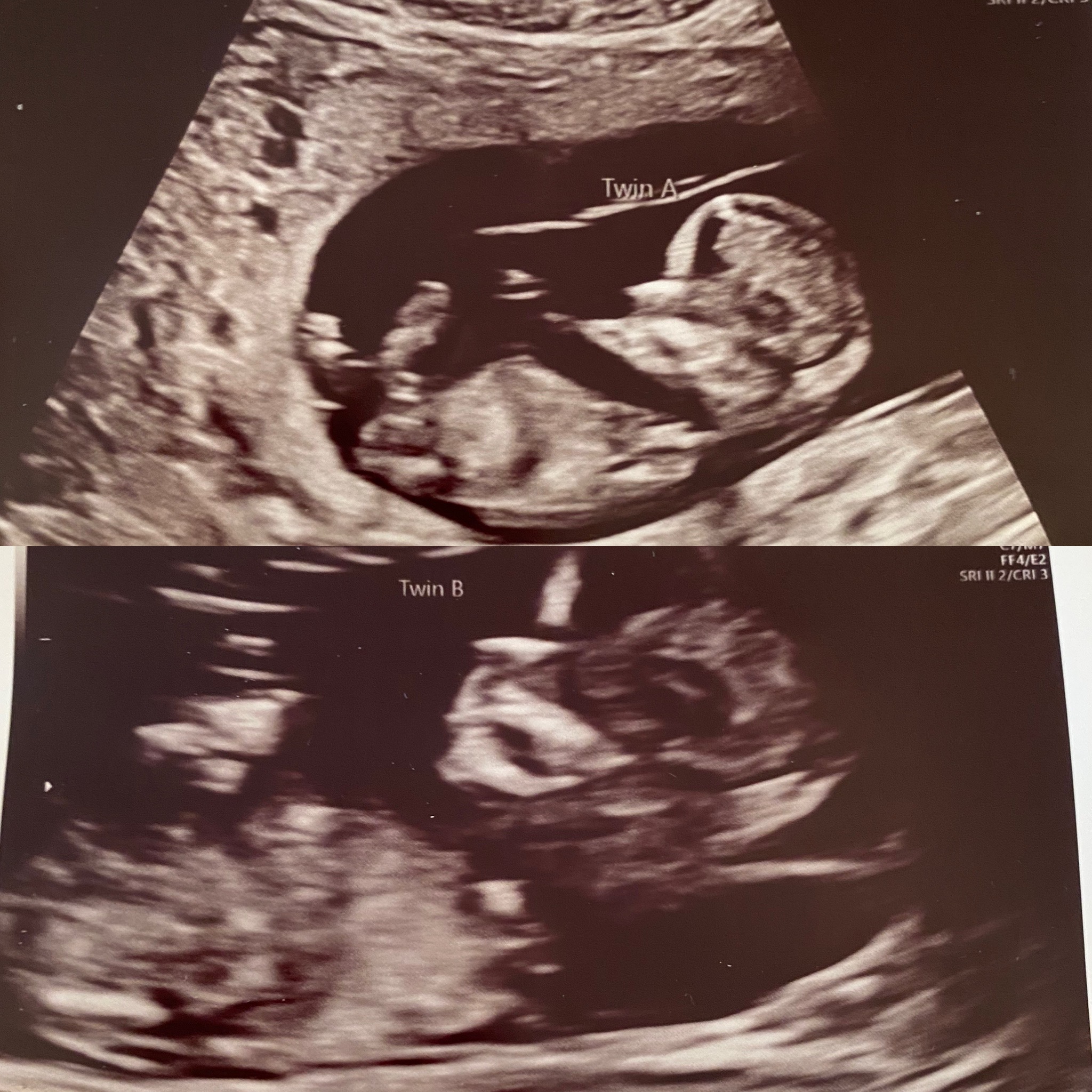 Seeing my twins again at nearly 13 weeks was good, though again I was anxious something would be wrong. Will I feel this the whole 9 months? Probably because of that one missed miscarriage. They were naughty though at their scan and Twin now A wouldn’t lay correctly and sat upright for ages with its back to us. Thankfully after some chocolate buttons and a walk around it laid down ok enough to be measured.

As you can tell I am the size of a house and the bump is growing crazy fast. I have lost weight though due to hyperemesis. But the midwives are monitoring it and all is ok. Any day I am not working then nap time is key. So is plain food though sometimes even toast isn’t great. Its basically take each day as it comes. For easter I had to sit in a different room on my own and eat. The smell of lamb was awful and the plate of vegetables I was served was ok but my babies just didn’t like it. I was sick the worst that night. Hence why plain pasta is key. My babies like carbs. 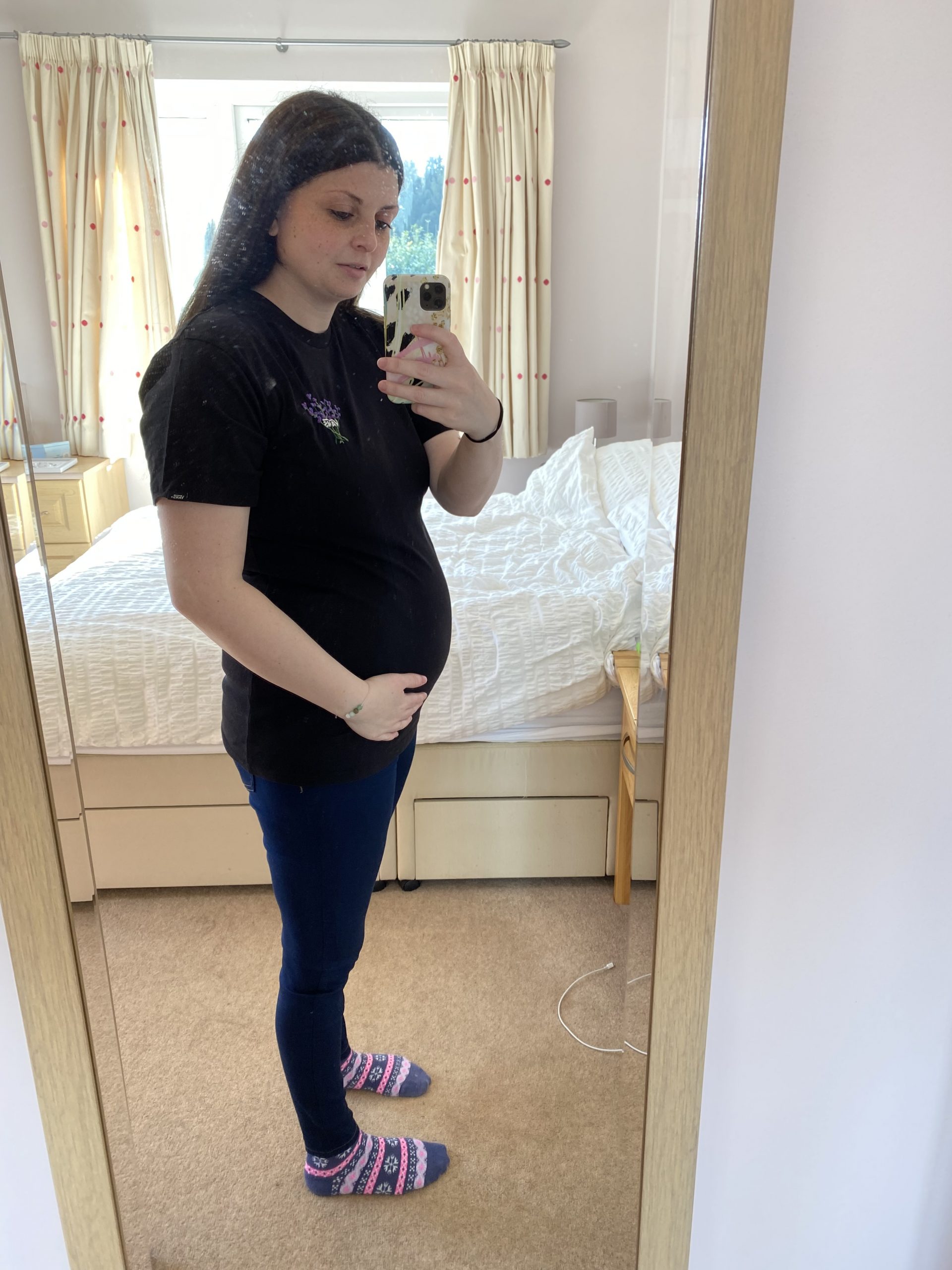 So no pregnancy isn’t my cup of tea and if it was feasible I would deliver these babies now. But of course if they arrive now they won’t survive. So I just hope the 2nd trimester gets easier, I am able to be around food and not feel sick. It’s not all plain sailing and I highly doubt I will get pregnant again because of how I feel. But I have wanted a baby for so long that it will be worth it in the long run. Of course if you are pregnant or plan to be in the future, I can’t promise it will be easier for you but I hope it will be. My other sister is pregnant and its a breeze compare to mine.

And that is the first trimester complete. 6 months to go. I totally have this even if it feels like I don’t somedays. Let’s do this second trimester.

Had a lovely baby shower for the twins today! My s

Happy third trimester babies! 9 weeks to go, if yo

Half way to having you 💙💗! Mummy can’t wai

Twin B I can’t wait to be your mummy! I love you

Twin A I can’t wait to be your mummy! I love you

My full ivf journey is live on my YouTube channel!

Hello February! The quote may read wrong in this b